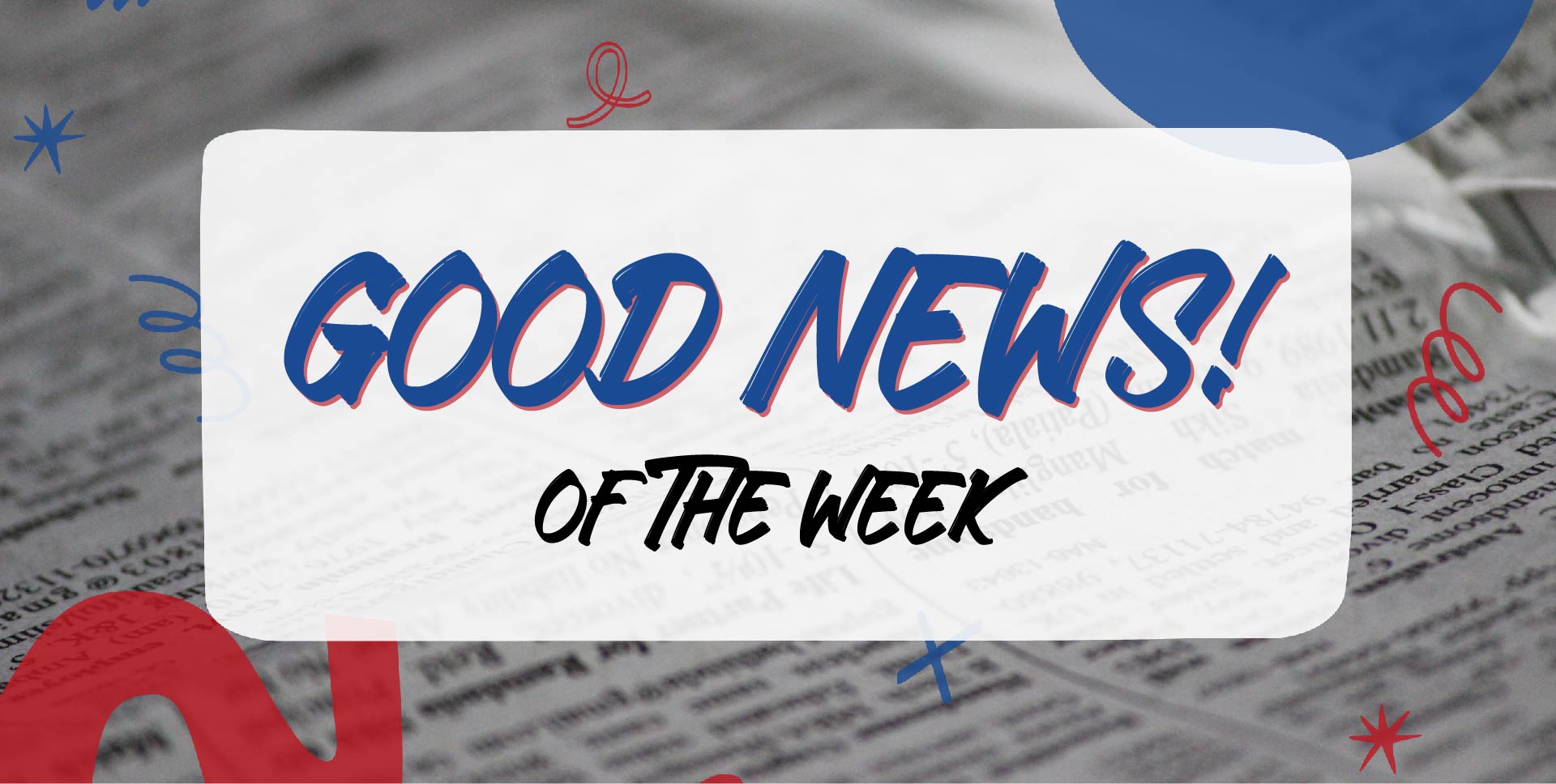 Some stories to brighten your day!

India has banned single-use plastics with their deadline starting next July. Plastic can take hundreds of years to break down and litter our oceans. Some of these products include candy sticks, plates, cups, plastic cutlery, wrapping and packing films, straws, candy sticks, and more. The rule states “The manufacture, import, stocking, distribution, sale and use of (the) following single-use plastic, including polystyrene and expanded polystyrene, commodities shall be prohibited with effect from July 1, 2022”. Hopefully this lead will encourage the rest of the world to be a little kinder to our planet Earth.

Tiffany Holloway is a mother who wanted to give her son a stuffed manta ray for his 5th birthday but couldn’t afford to buy one. Instead of purchasing one, she decided to hand sew one out of her son’s baby blanket. After posting the photo online, hundreds of readers had sent additional toy manta rays and other plush toys of ocean animals. Jennifer shared a photo of her son with his abundance of sea animal creatures.

Linda from East Idaho submitted a nomination for her neighbours for the Feel Good Friday. Linda recently had a knee replacement surgery and lived alone making getting around a little difficult. Donnie and Katie are Linda’s neighbours and helped take her to and from the surgery and have been taking care of her since. After submitting the nomination, East Idaho News surprised the neighbours in the video on their website. Click the link to watch the video!

A man in Milwaukee saw his lost dog while watching television when he was shared on a news desk featuring pets for adoption. The news segments introduced the dog as Mason, but the man knew this was his dog, Payday! He noticed his dog’s distinctive underbite which he hadn’t seen for more than 2 years after he ran away during a fireworks show. He contacted the news desk and was reunited with Payday who was more than excited to see his family.

Two weeks ago Lacey Shillinglaw noticed a bumblebee on the side of the road who was suffering from a crumpled wing. She had tried to move the bumblebee to some flowers for safety but the bee crawled back to Lacey and refused to leave. Lacey walked home with the bee who now refuses to leave her side. Lacey feeds the bee sugar water, honey, and jam and Lacey often takes her new pet outside to be among the flowers.

Thanks to Our Sponsor!