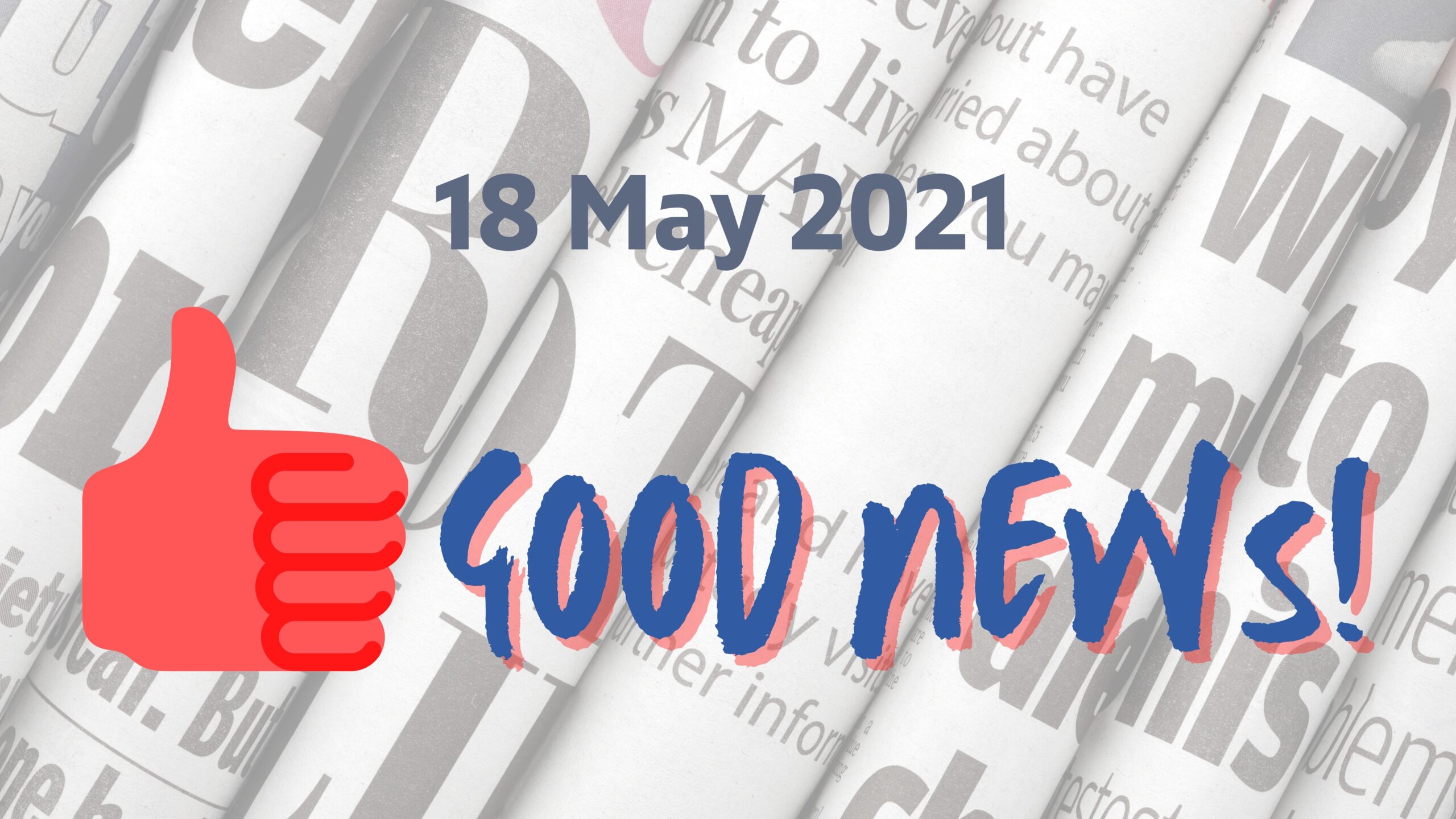 Some stories to brighten your day!

It was National Nurses Day, and Dunkin’ Donuts is giving free coffee to ALL healthcare workers. That included regular and iced coffee! A big thank you to all of our healthcare workers that make our lives better!

Back in 2019, a yoga instructor in India was going for a dip in the ocean in between classes. And she almost drowned, but one of her students dove in and saved her. Then they started dating . . . fell in love . . . and just got MARRIED this past March!

A mom in Florida saw a duck standing near a sewage drain and realized seven of its ducklings were trapped inside. So she managed to remove the grate . . . jumped in . . . and saved them all.

Back in 2004, a guy in Florida named Bryan Herrington died in an accident. But because he was an organ donor, five of his organs were used in life-saving operations. His wife’s name is Terri. And to honor him, she decided to register as a living donor, just in case she could ever help someone too.
And here’s where it really gets good: One of Bryan’s kidneys went to a guy named Jeff Granger who was on dialysis. And 16 years later, Terri saved him AGAIN by giving him one of HER kidneys.
The surgery happened last year, and he’s doing a lot better now. And for Terri, the bonus was she got to do one more thing WITH Bryan, 16 years after he died.

Thanks to our sponsor!